I just returned from my first film premiere in Amsterdam. Paul David Heckhausen of Schattenspiel and I composed the score of the dutch sci-fi Drama Capsule. What a fantastic night! We had a really enthousiastic audience and it was a pleasure for us to play a DJ set on the official afterparty! 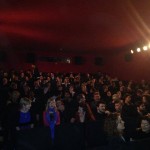 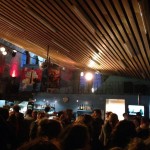